The Sôgmô has announced the formal installation of new regalia for þess office, in addition to the traditional blue robes used since the creation of Sandus. The news comes after the conclusion of the Sôgmô’s graduation celebrations, though has been floated as a directive for several months now. The new regalia includes the academic decorations worn at the Sôgmô’s graduation. 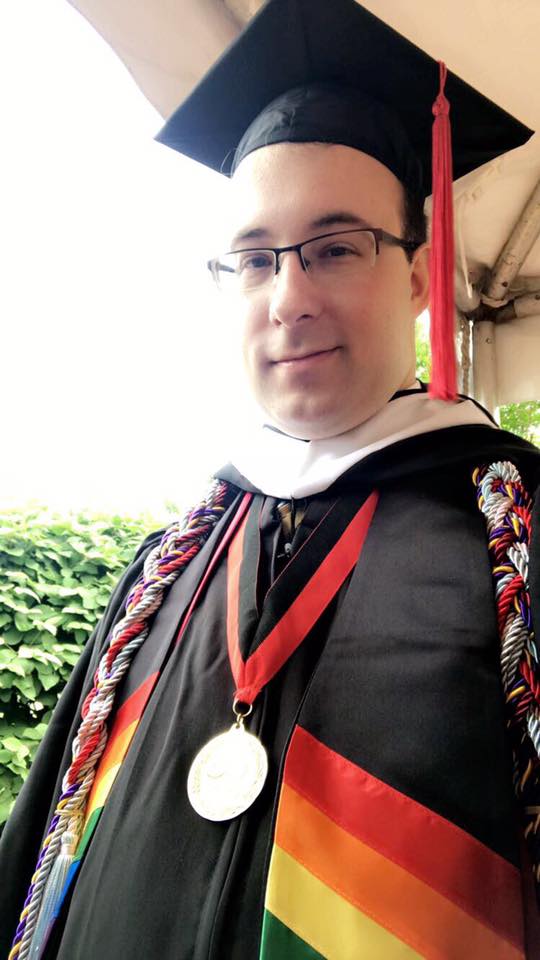 The regalia includes the robes and decorations worn by the Sôgmô. The standard robes come with a mortarboard cap, a stole with the crest of the University of Maryland, an academic hood signifying the a bachelor’s degree of arts, and a tassel for the cap. The Sôgmô’s extra honours include four honours cords from honours societies in Classics and History, the distinguished honours society Phi Beta Kappa (ΦΒΚ), and a program in public leadership. In addition, the Sôgmô is entitled to wear a red tassel signifying the Latin honour of magna cum laude and a rainbow tassel for LGBTQ+ leadership. Finally, the regalia is complete with a medal for the Sôgmô’s completion of an honours thesis in history.

The move comes in the spirit of Sandus’s cultural emphasis on intellectualism and academia. Intellectualism has long been a cultural emphasis of the State of Sandus, implicit in such political philosophies as Realism and Socialism. For example, Sandus idealises the socialist trifecta of the worker, farmer, and intellectual—but in Sandus this trifecta is incorporated into each individual’s livelihood with the intelligentsia at its head. The State of Sandus is led completely by intellectuals, from the Sôgmô to the Party Secretary to the Council’s facilitator and the diplomatic affairs minister. All four individuals represent intellectuals who have a wide range of academic interests yet who are all pursuing degrees of higher education.

The decision makes clear, as well, that these sorts of academic achievements are considered serious honours and marks of distinction and of respect in Sandus. It reaffirms Sandus’s emphasis on intellectualism, especially in a “post-truth” world.