The State of Sandus prides itself on relations with a diverse body of states which respect Sandum sovereignty and the self-determination of peoples around the world. Sandus aspires to peaceful cooperation between states, where the sovereignty of states is both respected and taken as a necessity of the micronational phenomenon’s fragmented status. Sandus works to cooperate with foreign states through constructive discourse between representatives of respective nations-states. Foreign relations has become an important emphasis in Sandum politics, as Sandus is a sovereign state prepared to defend its philosophy and policies in the broader intermicronational community.

With politics such as Libera and Realism, Sandus does more than simply defend its sovereign rights, policies, territory, and people: Sandus advances its sovereign work in conjunction with a united front of same-minded states to aspire to increased welfare for the Sandum People and friendly peoples aligned with Sandus. In an effort to reduce hostility between Sandus and other sovereign states, the State of Sandus seeks to resolve all disputes promptly, bilaterally, and between representatives of respective governments. The Founding Law of the State of Sandus establishes multiple constitutional foreign policies which are the diplomatic hopes of the Sandum People in the State of Sandus, embodied in Article 8 of the Founding Law:

Article 8. The People of Sandus pursue policies of peace and cooperation with foreign states in accordance with socialism and the People’s society and shall promote and strengthen comradry amongst socialist states. The People pursue policy to strengthen the state abroad, strengthen the people and socialism abroad, support the struggles of peoples who pursue national liberation and social progress, and prevent instances of aggression and war. The People shall engage in relations with other state which are prepared to observe the sovereignty of other states and their peoples, promote peaceful and mutual discourse and cooperation between states, respect the inviolability of frontiers and the territorial integrity of state, demonstrate respect for human rights and fundamental freedoms, and agree to make the necessary provisions for the fulfillment of obligations arisen from principles and rules of international law.

The State of Sandus establishes diplomatic relations with states which meet the 1933 Montevideo Convention on the Rights and Duties of States distinctions of states, which includes a permanent population, a defined territory, a government, and the capacity to enter into relations with other states. The « Act on Foreign Affairs of Martio MMXII » is the defining law which summarises all important foreign affairs and diplomatic relations policies of the State of Sandus, including the various policies which govern and legislate Sandus’s diplomatic affairs with other parties. Below are brief descriptions of important foreign policy directives enshrined in the Act on Foreign Affairs of Martio MMXII (March 2012):

The State of Sandus also extends citizenship to certain allied and aligned states, known as socii civitates or socii states. This socius citizenship is described on the Citizenship page and you can learn more about Socii Civitates here. 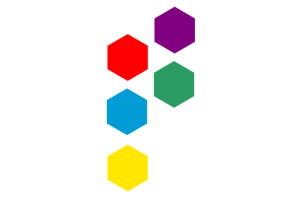 Since May 2016, Sandus has been a founding member of l’Organisation de la MicroFrancophonie, an organisation for French-speaking micronations with aims for development, cultural formation, and advancing the values of the organisation. As French is one of three official languages in Sandus, Sandus has remained an active member and participant of the organisation and has sought to promote the organisation’s values which are human dignity, liberty, equality, human rights, and minority rights.

Contact KremlumSandus@gmail.com to discuss mutual cooperation and ventures with the State of Sandus, to resolve diplomatic disputes, to have recognition granted, or for other diplomatic and foreign affairs related communication.