The vernal equinox marks, in Sandus, the beginning of the cultural season—the winter, when our “doors are kept shut.” It is a moment of time when Sandus prepares for its most important cultural holidays: the Armilustrium, the Party’s Congress, Athena’s Day, the Winter holidays. But it is also a time of self-reflection and an inward turning toward Sandus.

The summer is always a very much diplomatic period for us. But this past season saw tremendously significant diplomatic and international events. The Sôgmô attended and presented at MicroCon 2017 and was awarded not an insignificant number of medals. One of our Sandum citizens publicly came out as a trans woman, and the entire country celebrated her; on the other hand, Sandus—along with several allies—condemned the US president’s decision to ban transgender servicepeople from the American military. We significantly reshaped our conceptions of the Sandum constitution, and formed the State Media Cooperative. The Sôgmô published a Sagamorial Consideration of the United States’ controversy over Confederate statues, especially after the attack in Charlottesville. On the more decorous end of our public work, we also created four instances of gentry among Sandum citizens.

The time now is to turn toward Sandum traditions and our culture, however. Yesteryear’s Philia Plan for the Major Societal Shift encouraged the move toward a cultural state. The constitution of Sandus will remain unchanged, but the conception guiding Sandus shall now be more focused on culture and less on our own state-building. Now, more than ever, this is needed for Sandus.

Sandus has broken yet another tax record, a year after its extraordinary record. The cornerstone of Sandus’s philanthropic mission, charity taxes, have significantly grown in the past season. This season’s charity taxes are rather more than those of the seasons in the past year, that is, those seasons since last Summer’s extraordinary donations of $1,118 USD. This season, $1,462.41 USD have been donated to charity, while 92 hours of work has been done in volunteering.

These numbers significantly surpass, and even double, the last year’s donations, with $604 and 99 hours in Spring, $395 and 62 hours in Winter, and $677 and 74 hours from last Autumn. Volunteering trends have continued, encompassing tutoring, organisational volunteer work, and other small acts of philanthropy.

New Province, New Capital:
Kremlum Sandus, the traditional heartland of Sandus since 2009, is no longer the official seat of power in the State of Sandus. Quercus Candida, Sandus’s new capital, was established this morning, on the Equinox, one month after the Sôgmô moved to þess new university to pursue a PhD. in ancient history.

MicroCon 2017:
In this past season, the Sôgmô travelled to Atlanta from MicroCon 2017 with the President-Minister of St.Castin, a close Sandum friend and ally who is also a member of l’Organisation de la MicroFrancophonie. While there, það met with Sandus’s close Francophone allies and partners, including the Prince and Princess of Aigues-Mortes, met new micronationalists, and formed new friendships on behalf of Sandus.

Trans Rights, a Summer of Despair and Liberation:
The Summer has been tumultuous in terms of LGBTQ+ rights in the United States, our close partner in the condominium, but Sandus has cause to celebrate. Sandus and a throng of its allies condemned the decision of the US president to restrict transgender servicepeople from the US military. One of our citizens came out as transgender, reminding us of the immense bravery it takes to take such a leap—especially in such a political and social climate. An editorial was published, as well, listing Sandus’s own trans history.

Yet, this upcoming season is a time to remember our politics and the humanitarian mission of the Sandum State. In November, we have celebrate Transgender Day of Remembrance (TDOR) since 2011, when the State of Sandus was founded. In Sandus today, trans history is Sandum history, and we are ever cognisant of that fact.

CCE & SMC—Developing Sandus’s Economic Framework:
The economic framework of the State of Sandus was updated in the past season to now reflect a new model of employment and work in the State of Sandus. The Commission for the Command Economy (CCE) met for the first time to approve the new appointment-based employment in the State of Sandus, whereby a citizen may be a worker of multiple organs at once and receive a basic salary of 8¶c from each appointment—a salary which can be used to purchase products based on conversion to other currencies from the Sandum circulatory persuma. The CCE also established a basic system of commands, whereby the Sôgmô may issue an economic command to be completed by Sandum workers of a particular cooperative. The CCE also approved the Sôgmô’s budget, which encourages Sandum cooperative to help to contribute to Sandum culture through specific initiatives.

Future Plans: Affirming Our Culture through Holidays & Traditions
Following in the developments of the CCE this past Summer, the Sôgmô has signalled that the first economic command will be send to members of the economic cooperatives and the cultural cooperative of the Collegium Sacerdotum to plan for celebrating the Armilustrium (19 October). Following this, and pursuant to the budget approved by the CCE, more projects will be enacted to encourage participation in other significant Sandum holidays—from the Armilustrium to Athena’s Day and the Winter Holidays. 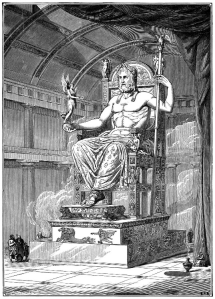 Awarding the Most Honourable Order of the Throne of Sandus—Addressing the Backlist:
Awards of the Most Honourable Order of the Throne of Sandus (MHOTS) have been on a backlist since 2011, when the order was established. Some recipients have received their awards, while many others have now. Finally, the Sovereign of the order, the Sôgmô, will work to address this backlist and to send out the medal and associated paraphernalia to recipients of the honour. After MicroCon 2017, we have seen just how significant and important these marks of distinction and honours are.

In addition to the order, other honours are being planned for the State of Sandus. There are, in addition to the practical awarding of instances of nobility, the awards to be given by the Party and Council, as well as a new order for Sandum citizens only in recognition of their academic achievements.