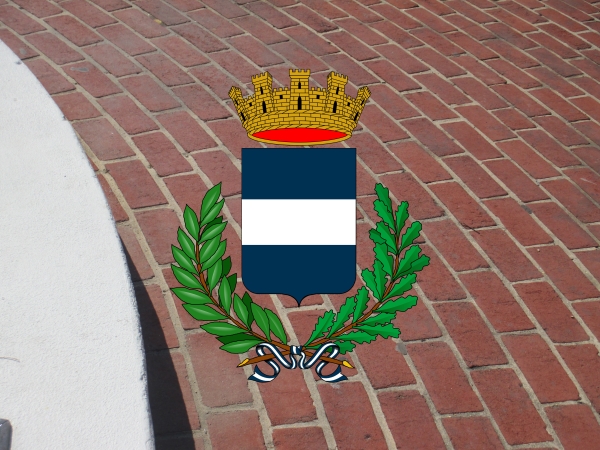 Opening Sandus to the World:

«Sandum Citizens ought to be activists in their own right, as well as strengthen the State of Sandus as good citizens once they recognise the value and self-identity of being Sandum.»

The Office of the Sôgmô, in preparation of the Second Philia season beginning after the celebration of the Armilustrium, has published this following plan for the Winter season. This Philia Season is determined to build off the achievements of the First Philia Winter, in addition to making Sandus more transparent — a goal established in this Season’s motto: “Opening Sandus to the World“. The Sôgmô has authored this program to reflect the constant cultural and social growth of the State of Sandus, and to reflect the most recent goal of the State’s to make the Sandum Nation-State more public and transparent in the hopes of increase citizenship and increased citizenship involvement. By increasing the involvement of Sandum citizens and by encouraging those who have an interest in the Sandum State or Sandum Nation and its Philosophy to apply for citizenship, the Office of the Sôgmô hopes to increase the weal of the entire Sandum Nation and its cooperatives and projects. As a cultural program, this Second Philia Advance shall strengthen the Sandum Culture and Philosophy by encouraging outside analysis for a better and improved Sandum culture, as Sandus moves into an age of reasoned cultural development along the lines of “E Pluribus Unum” or, in our case, “From Many [cultures], One”.

The Plan is divided into three parts, representing the State-at-Large, the Party, and the Collegio Sacerdae.

The State of Sandus:

In terms of the State as a whole, the Office of the Sôgmô shall focus on four objectives this season: 1) General Sandum Cultural Achievements, 2) a Sandum Pignora Imperii, 3) Addendum to Foreign Affairs Policy: interdiction of proxy disputes, 4) Sandum Literature.

Sandum Pignora Imperii (“Pledges of Power”):
The Pignora Imperii in ancient Rome were objects intended to guarantee the continued power of the city of Rome. For Sandus, we are not so much interested in power as in the constant advancement and defence of Sandus. As a result the Office of the Sôgmô shall work to consider, gather, and enumerate various Pignora Auctoritatis (“Pledges of Authority”) which shall represent the continued authority of the Sandum State in our collective welfare. This concept is pending an official report by the Sôgmô; however, it is known that it will include a specific collection of books indicative of the Sandum Philosophy, busts of important revolutionaries and figures in Sandus, and items representing the Sandum Culture.

Addendum to Sandum Foreign Policy — the Interdiction of Proxy Disputes:
Just as Lycurgus disallowed the Spartans to engage in wars too often with the same enemy, in a similar way we shall refuse to engage in proxy disputes. By outright refusing to do so, the State of Sandus also refuses to become involved in foreign states which appear to need aid; instead, the Office of the Sôgmô shall refuse most requests for aid except for dire situations, situations where a sovereign government formally requests the State for specific aid, and states which require arbitration in a dispute Sandus is not a party in. This addendum is a codification of a de facto policy which the State has engaged in since Ianuario MMXII (January 2013).

Sandum Literature:
This is a broad category, representing literature for those interested in the Sandum Nation and for those who have not heard of the State of Sandus (corresponding to fliers compared to literature for citizens). Fliers shall be made for non-micronational organisations which share close relations to the Sandum Philosophy, Culture, or Society. Fliers shall be made especially for important Sancta and State Holidays and Days of Recognition in the State of Sandus. Literature shall be made comprising of important topics for new or potential citizens, such as the purpose of micronationalism and of Sandus, the Sandum Philosophy & Value, Sandum Culture, and Sandum Socialism, Sandum Democracy now and in the future, Transition from the S8gm8’s primacy to a collaborative democracy, and Establishing the Sandum Identity. Sandum cultural literature shall correspond to the recent leitourgía program of the Office of the Sôgmô for preparing Sandum poetry, narratives, and plays. As has been discussed in the article “Liturgies for the People” (linked to above), the Sôgmô is preparing for plays on the myths surrounding the Cadmus dynasty of Thebes.

Citizens’ Communist Party of Sandus:
The Party plan for this Season shall depend largely on the upcoming Party Conference for IX Novembro (9 November). Following the presentation of papers, the Acting Secretary of the Party, the Sôgmô, shall establish a more comprehensive plan for Sandus for the Season and the next Year.

This Year Plan shall be built off the concept for the Conference: “Intellectual Socialism”. By using the experiences of other micronations, especially of micronations with successful economic programs, the Acting Secretary shall lay out a plan for future Socialist advancement in Sandus. As the Tellus Agrarian Cooperative has been created in Sandus, the Sôgmô shall consider other, non-agrarian cooperatives to form which are not reliant on the seasons. Such includes an interest in proto-industrial activity, such as small-scale crafts work and luxury goods. Concerning the Tellus Agrarian Cooperative, the plan shall consider the topics of how to organise an agricultural cooperative at a university, and independent from it; where Tellus will conduct production for the next growing season; how to organise workers and production for the Cooperative; and, arranging for mutual agreements between Tellus and other entities which possess the resources required. By doing so, the Party shall plan out an organic, primitive production system for the Cooperative.

The Collegio’s plan reflects the motto of the Second Philia Advance to “Open Sandus to the World”. The Collegio shall take a key part in publishing the holiday brochures for important Sancta holidays, such as Athena’s Day, Saturnalia, et cetera. The Collegio shall also work to celebrate holidays in an open, communal manner, with many free items, and possessing much literature to share — especially literature to explain what Sandus and the Collegio are. Finally, as a part of the new Leitourgía program, the Sôgmô shall work on a Sandum rendition of the Cadmus myths — as described above, a comedy, and poetry; all citizens and all those interested in becoming citizens should consider liturgies for them to perform, especially the simpler poetry liturgy option. For example, an interested party in the Sandum society is planning to publish an article for Transgender Day of Remembrance on gender identity. Finally, working off the tradition of last Decembro (December), the Collegio Sacerdae shall hold another Saturnalia Cultural Symposium to be conducted through Sacerdotium. This Symposium shall focus on culture, especially the role or impact of macronational culture on micronational culture, and the relationship between the two. A Symposium shall also be held in person during or around the time of the Saturnalia to coincide with the articles to be released on Sacerdotium.

May the State of Sandus Advance on the Armilustrium!