The Honourable Sôgmô Gaius Soergel Publicola was awarded five decorations and medals at the MicroCon 2017 Gala on the evening of Saturday 24 June 2017. The medals come from a variety of micronations friendly with the State of Sandus, especially from micronations with which Sandus has had a strong rapport.

The Sôgmô expressed þess profound gratitude and appreciation at each awarding of the decorations. 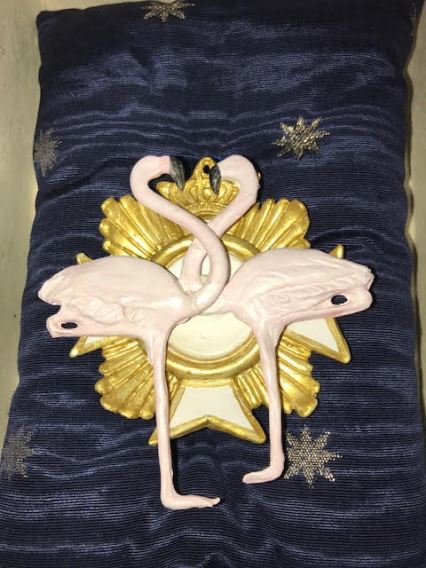 Republic of Molossia
President Kevin Baugh of the Republic of Molossia granted a medal, known as the Desert Palm, to the Sôgmô. The citation for the medal reads, “The desert can be a barren place, but as the desert palm brings life to the wasteland, this medal signifies the bearer as having brought life to their own nation – and further demonstrates amity between our nations, as one would find among comrades at an oasis.”

Republic of Saint-Castin
The Sôgmô received membership in the Order of the Double Samara from the Castinien President-Minister. Membership in the order was given to the two other French-speaking micronationalists at the conference, Prince Jean Pierre and Princess Olivia-Eugénie of Aigues-Mortes. Queen Anastasia of the Kingdom of Ruritania also received a unique medal from Saint-Castin.