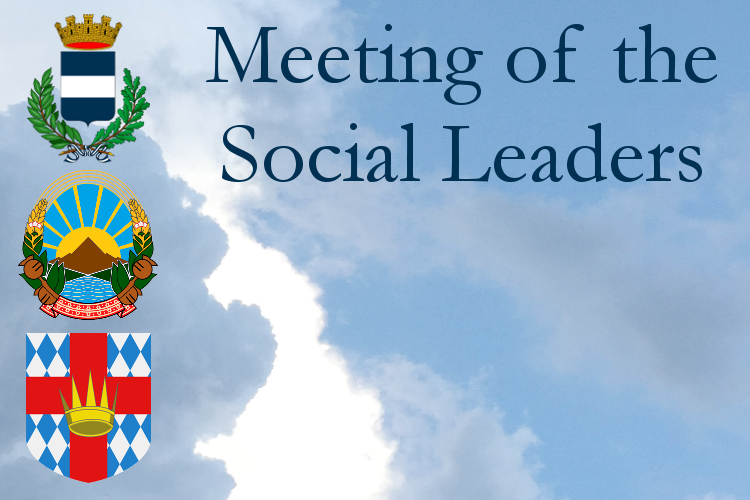 The leaders of Sandus and her socilivançae have met this evening to discuss and to negotiate a new social treaty. Meeting on Skype, the three leaders — Sôgmô Gaius Soergel Publicola, King Adam I of Überstadt, and Premier Hatsu Ryuho of Kumano — discussed the Sandum proposal for a new Systema Socialis, or Social System. The discussion took the form of the Sôgmô presenting þess proposal and answering questions and concerns from the other leaders. The draft includes sections concerning the system’s purpose and organisation, its member-states, and its social citizens. The other leaders, King Adam I in particular proposed alternative wordings and a substantial change to one provision. This meeting represents the first of three scheduled meetings before the treaty will be presented to the national legislatures of the three states for ratification.

The first section of the draft specifies that:

The second specifies that:

The third specifies that:

The one provision substantively modified by the Übertadti King concerns expulsion of member-states of the Social System. The Sandum proposal expressly forbade expulsion of member-states, citing political concerns, while the Übertadti counter-proposal permitted expulsion after a series of three ballots taken over the span of a quarter of the year — one ballot per month. Two other clauses, related to the treaty’s preamble and member-states’ shared policies, were reworded by the King. The preamble of the treaty is derived from Dionysius of Halicarnassus’s reading of the Foedus Cassianum, the treaty which established the Latin League in 493 BCE, which proclaimed peace amongst the Latins and Romans; similar wording was used for the Sandum proposal. The other clause, about member-states’ shared policies, was reworded to be more explicit.

In addition to concerns raised by the Überstadti King over provision that the secretary-general should not have allegiance to any particular member-state, the Kumanoese Premier requested that the head of state should be able to pass off their responsibilities to the head of government. King Adam I however suggested that the provision be simply changed to the head of government who will be a member-state’s delegate to the Social System. Finally, the Sôgmô suggested an addendum to the Sandum proposal and clarified that, while the current draft of a new social treaty will lay the foundation for the Social System, the future Social System may be developed in the future by further treaties, accords, and conventions. King Adam I termed this the treaty-nature of the future Social System.

In concluding the meeting, the Sôgmô laid out a schedule for further meetings. Terming this meeting the “first reading” of the social treaty draft, a “second reading” will take place on 28 August, when the proposed changes will be made to the treaty draft and voted on by the three leaders. A “third reading” will take place in late-September or early- to mid-October, where the three leaders will formally adopt the agreed-upon proposal and submit it for ratification to their national legislatures in time for the Winter Solstice.