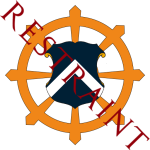 From the Office of the Sôgmô

A Statement from the Office of the Sôgmô of the State of Sandus on recent allegations of wrong-doing by Lostisland PM Deniz Tezcan:

An official of the Federal Republic of Lostisland has recently been on record in the Pavlovian Pravda as saying sensitive and outright false accusations concerning the State of Sandus. M. Tezcan, Prime Minister of the Federal Republic, spoke politically harmful words in concerns to our State’s anti-racism and social-progress policy, words charged with a political motivation for rising tensions between Lostisland and Juclandia. These words were also unwittingly used to bring the State of Sandus into these escalating tensions as he made connections between our State and a metaphoric “dark cloud” above the intermicronational community.

M. Tezcan was convinced that Sandus was indifferent when offence was garnered by Juclandian King Ciprian’s comments on Russians and Turks, a comment the Sôgmô stated was not overtly derogatory yet could have been inferred wrongly; the Sôgmô relayed concern to the Juclandian King, as he relayed concern of escalating and unnecessary tensions between Lostisland and Juclandia to both heads of state.

Unlike M. Tezcan’s accusations, Sandus fights racism even when it isn’t in our best interests. It clearly was not in our best interest when M. Tezcan’s predecessor state aided in the removal of Sandus from its historic organisation; it has clearly not been in the best interest of Sandus for the past many months which our State has been under immense foreign pressure to end this policy. We are, however, committed to both diplomacy and to social progress, policies M. Tezcan would not be aware of unless he was inside Sandus. This Office has been in contact with both heads of state and has sent messages of caution.

We therefore warn that we will not tolerate any defamation of our State on the momentous occasion of the Second Anniversary of the Foundation. We find it especially harmful to our State that such a premier should implicate this nation into an on-going diplomatic conflict between his nation and another, a conflict we have expressed for a desire for peace to both sides. The Office of the Sôgmô shall be in contact with both the President and Premier of the Federal Republic, as well as the King of Juclandia, so as to ascertain that tensions do not rise further from these sorts of wrong accusations against our State and from this sort of rhetoric coming from both sides.

9 replies to Sôgmô publishes Statement on Allegations from Lostisland, Dispute with Juclandia